I went to New York City with my best friend for a girl’s trip, celebrating the Holiday season beneath the bright lights of the big city. We embarked on a full Gossip Girl Day and stopped at all of the famous set locations, walked through the Palace Hotel and the gorgeous courtyard Serena van der Woodsen claimed as her own, and we ended the day with a bottle of bubbly at a cherished Manhattan restaurant. I sucked up how sick I was, recovering from a bad cold to enjoy a beautiful day with one of my favorite people, and it was so worth the entire bag of cough drops I needed the following day.

I walked in the footsteps of my younger self and it felt surreal, actually, looking back at who I used to be and remembering distant moments. I used to spend so much time in New York City that it truly became a second home. I not only spent a little too much time there as a teenager, but I also spent every holiday in the city as a little girl either at my brother’s apartment in Brooklyn, or at my late grandmother’s Greenwich Village apartment. My grandmother’s apartment resembled a scene from Gossip Girl, with floor to ceiling windows, an elevator, and an actual outdoor area with a patio, seating, and plants. Stepping into that apartment was like stepping into another world, an expensive one. I remember our elaborate Thanksgiving dinner each year and the joyous Passover seders. I could write an entire novel just about my New York City experiences and the best (and worst) places to be while in the city. Trust me, I’ve seen and done it all. I’ve explored Alphabet City, a bohemian haven, late at night with an old flame, trying to remember in which parking garage I parked my car (completely buzzed and unaware). I’ve shopped the stores on Fifth Avenue and dined at the finest restaurants on The Upper East Side. There’s nothing better than a Sunday brunch in the city. I’ve sweat it out on the hot, summer streets of Manhattan and discovered the hidden waterfalls in Central Park. I’ve been inspired at Bethesda Terrace (my favorite place in the city) and I got my first tattoo in the city. I turned eighteen in The Oak Room at The Plaza Hotel and drank my weight in alcohol, feeling just like Serena did after a long night with Georgina. I enjoyed the famous performance of The Nutcracker at The New York City Ballet and admired every holiday storefront. I’ve hailed a cab, stumbling a bit in designer heels and stood beside the hustle and bustle of the city that never sleeps. I’ll always carry a piece of the city with me, wherever I am. I’ve always been half country girl and half city girl and I exist perfectly in both settings. I’ve seen the beauty that lives within New York City just like I’ve experienced the peacefulness of a country night filled with stars, fields, and a little whiskey.

The young girl that used to wander the streets of Manhattan and soak up the atmosphere was naive, heartbroken, and carefree. She drank a lot of martinis (gin never vodka) and wore eight inch heels, stumbling into the prettiest restaurants and the best boutiques. She escaped from the small town drama and teenage heartache to a world filled with chaos, beauty, and intrigue. As I walked through Manhattan with my best friend, years later, I recognized a world I used to worship, but the reflection staring back at me in the glass storefronts has changed drastically. I’m no longer naive and heartbroken. I’m strong, happy, and wise. I’m loved more than I could’ve ever imagined and although my outfits and appearance have remained the same, everything else has evolved. It was nice to take a walk down memory lane and remember who I used to be because at one point she was all I knew. She was a little inappropriate and crazy (in a good way). She wore her heart on her sleeve despite the pain she hid behind makeup and clothes. It was never easy for her but she made it look effortless and simple. She still inspires me to take a deep breath and just live. I hope she looks at the woman I’ve become and feels proud.

I like to think my younger self is still wandering around New York City, inspired by the lights and the chaos, writing in beautiful bars and just waiting to bump into me again. Sometimes, I need to escape to the concrete jungle to remind myself of a part of me I often forget about completely and to inspire new writing projects. The city has a way of inspiring you and pushing you towards your passions, fiercely. It’s a magical place and it’s where you go to experience the wildest part of yourself. I loved visiting the set locations of my favorite high school show, Gossip Girl and I realize now how much the show became a part of my real, every day life. I started wearing slip dresses around the house after watching Gossip Girl, realizing there’s nothing more beautiful than feeling good in nothing, and spending a lazy Sunday in a black, lace slip. I love a bouquet of hydrangeas (my favorite flower), just like Blair Waldorf. I’ve had countless, wild nights with people I once knew, people I once confided in, and our nights were pretty similar to a Gossip Girl adventure. The show is more than just a show for me, it’s a memoir. I’ve walked where the characters walked, ate where they ate, and made equally bad decisions alongside Serena and Blair.

As I enjoy the winter in the country, falling in love once again with the snow covered trees, and breathing in the cold wind blowing through the fields, I keep New York City close to my heart. Until next time, NYC. You know you love…Xoxo, Gossip Girl.

Enjoy some photos from my gorgeous, chaotic, and memorable NYC adventures… 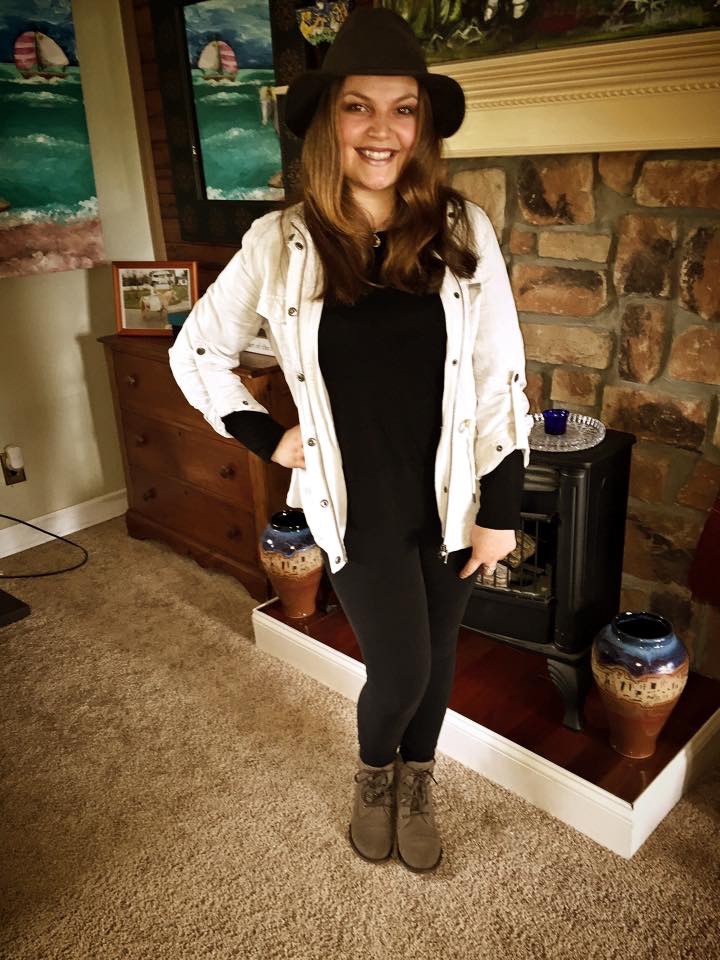 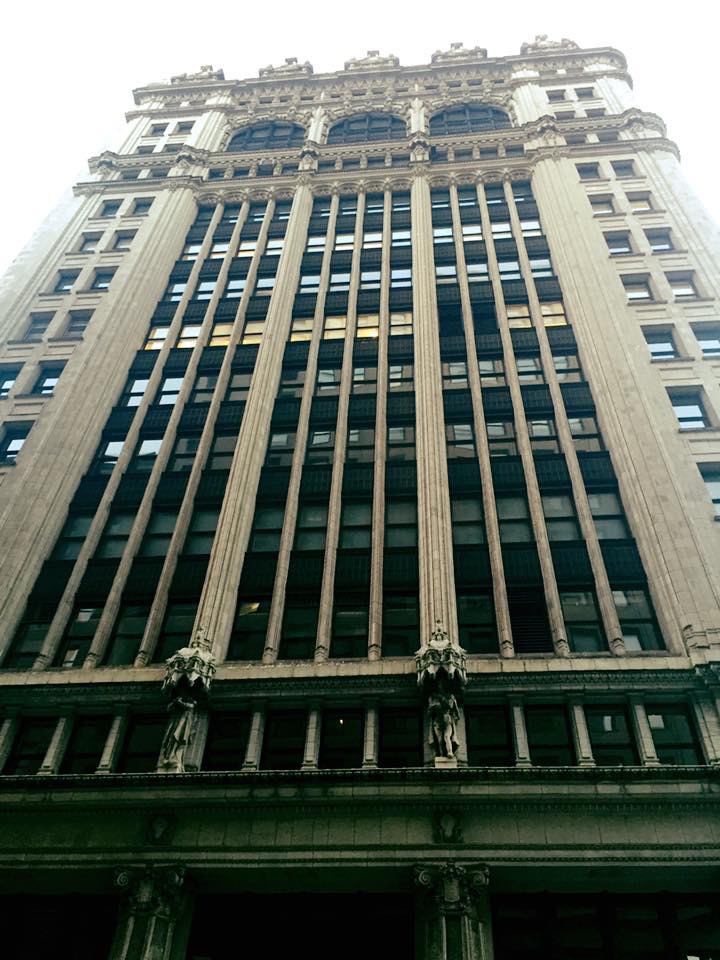 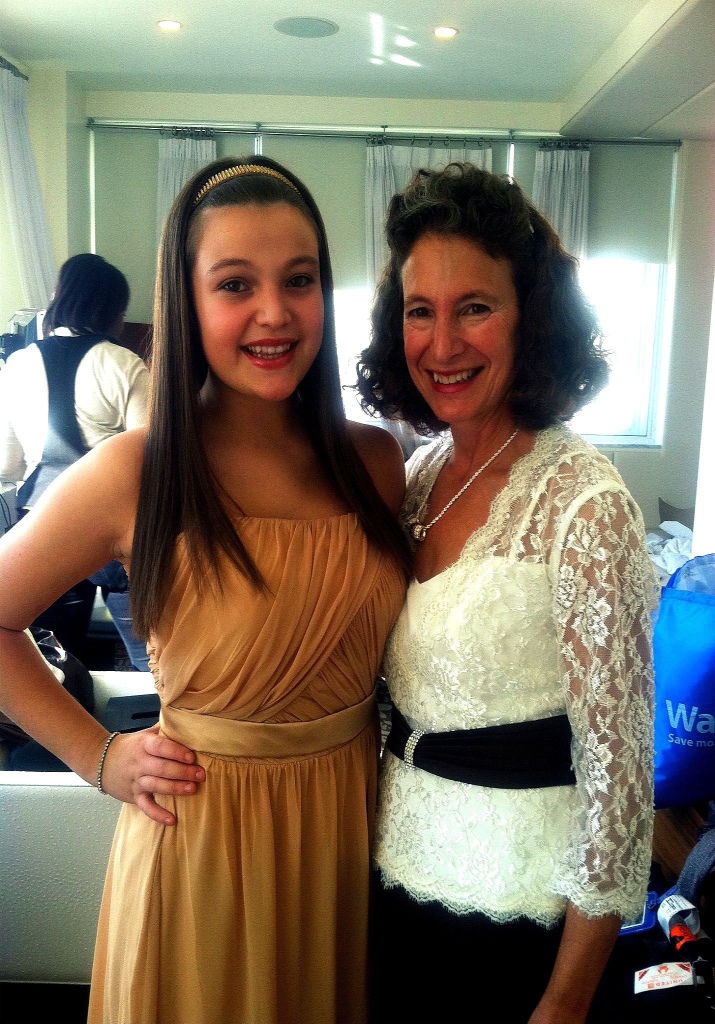 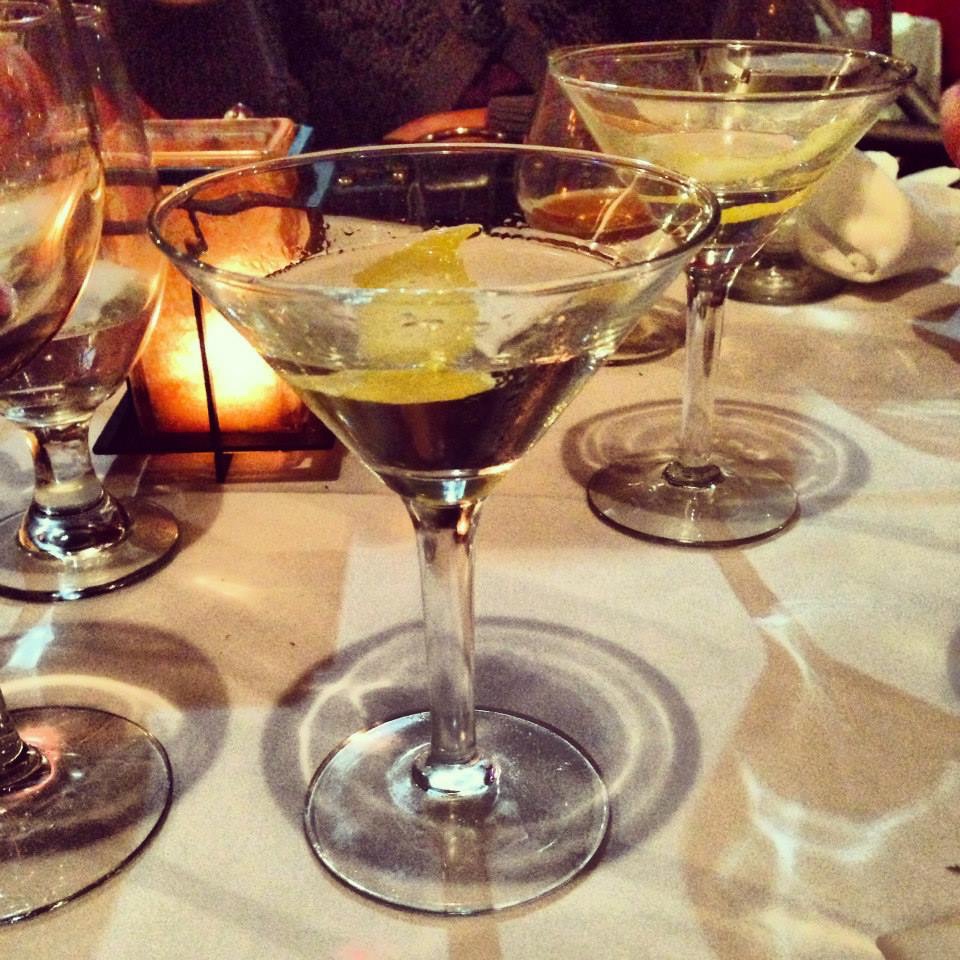 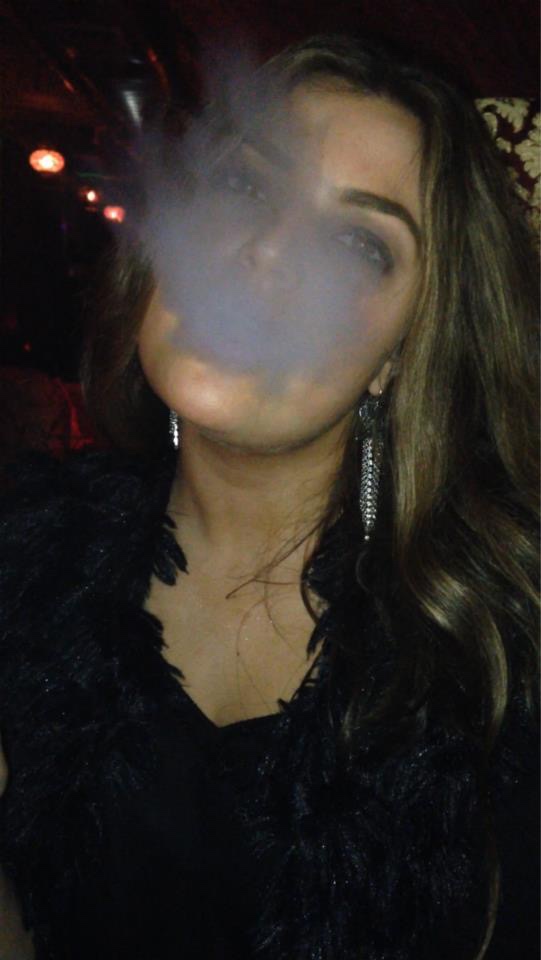 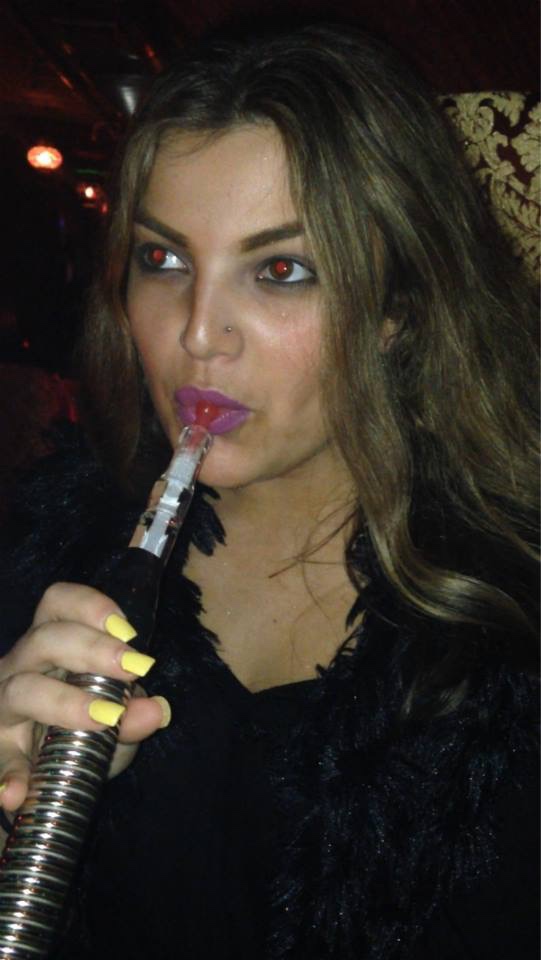 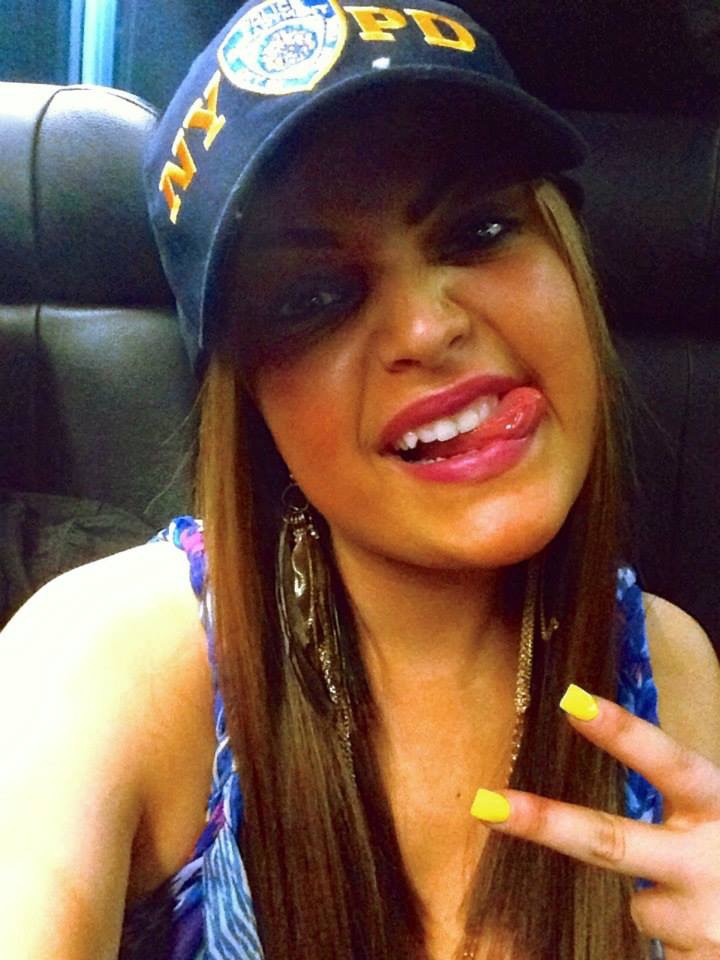 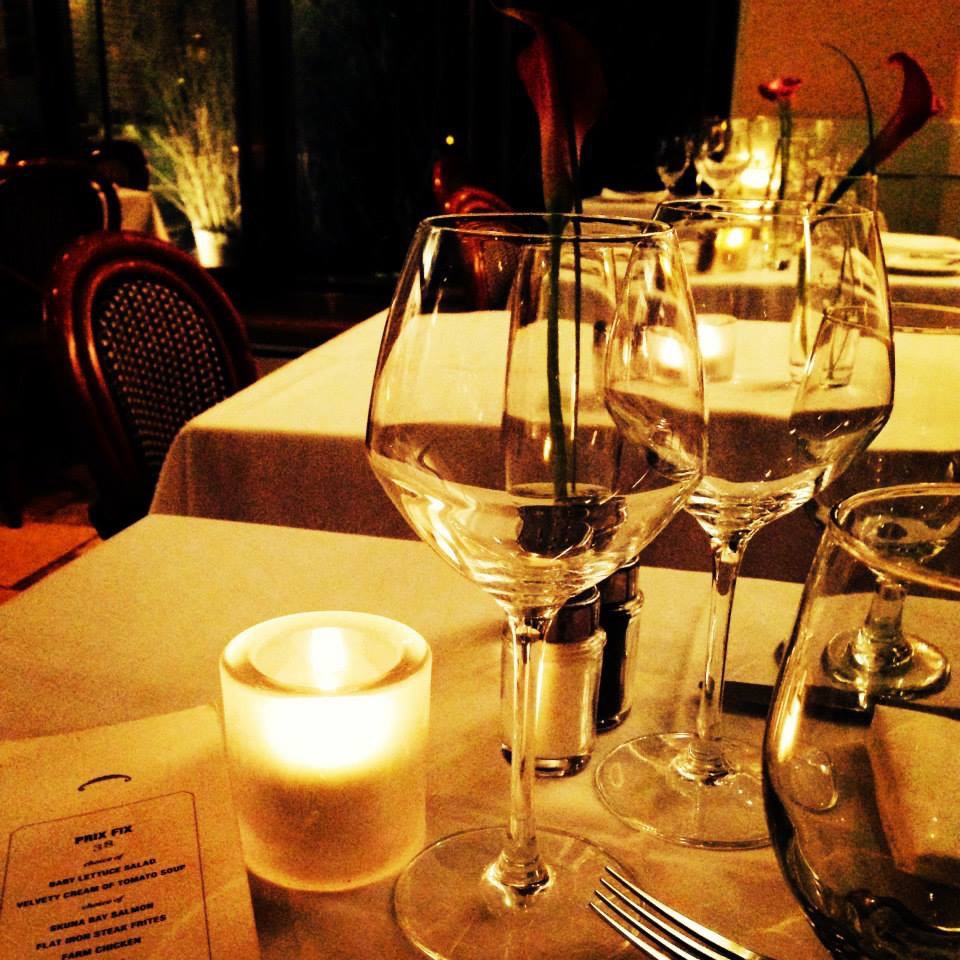 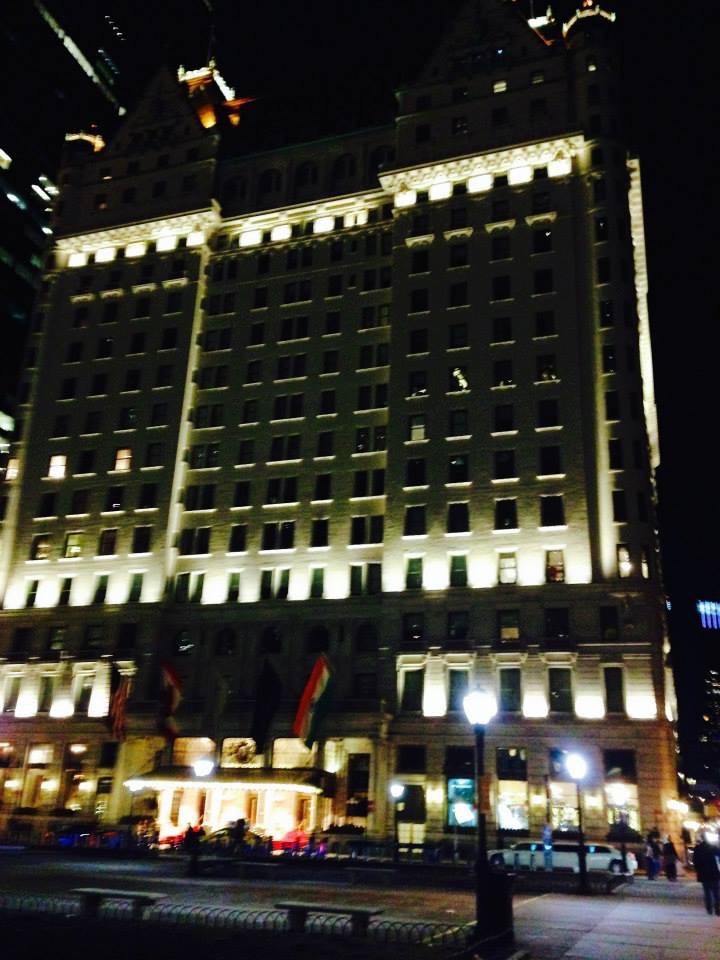 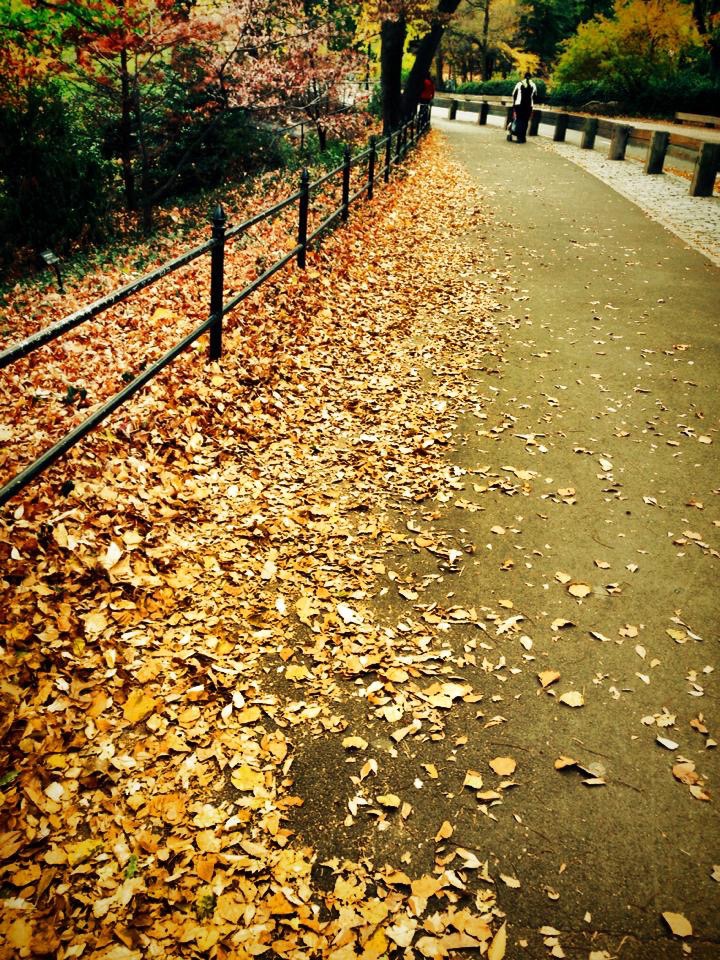 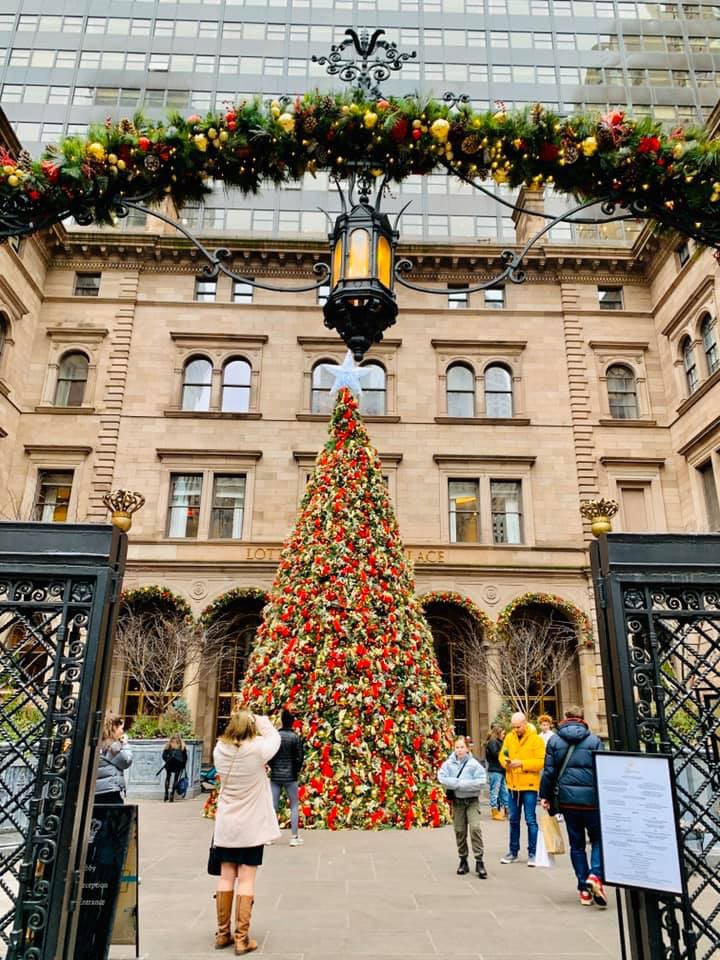 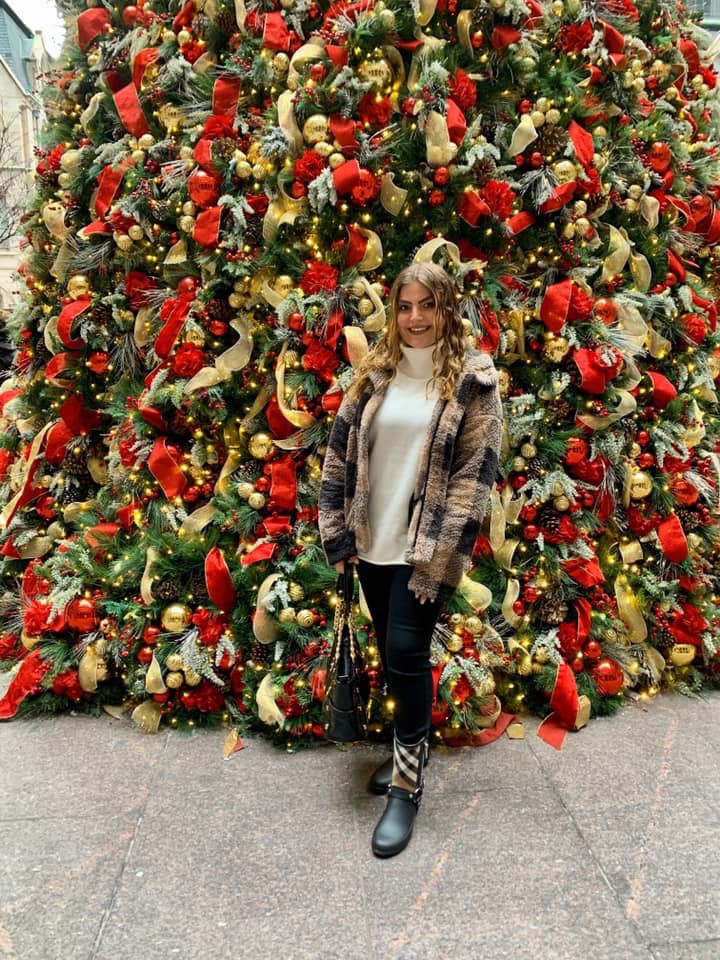 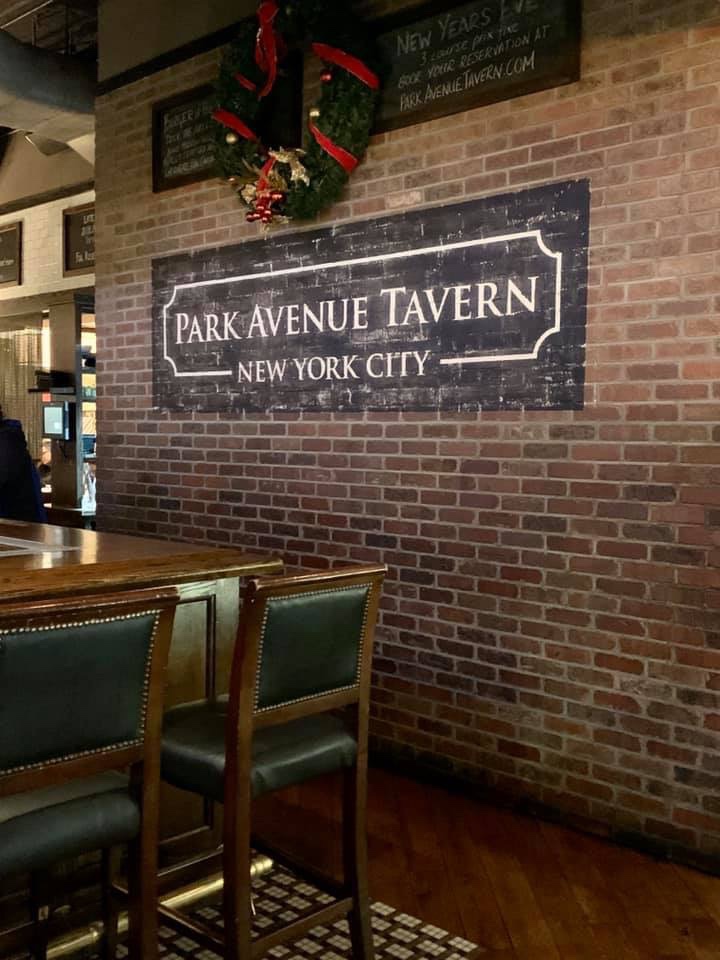 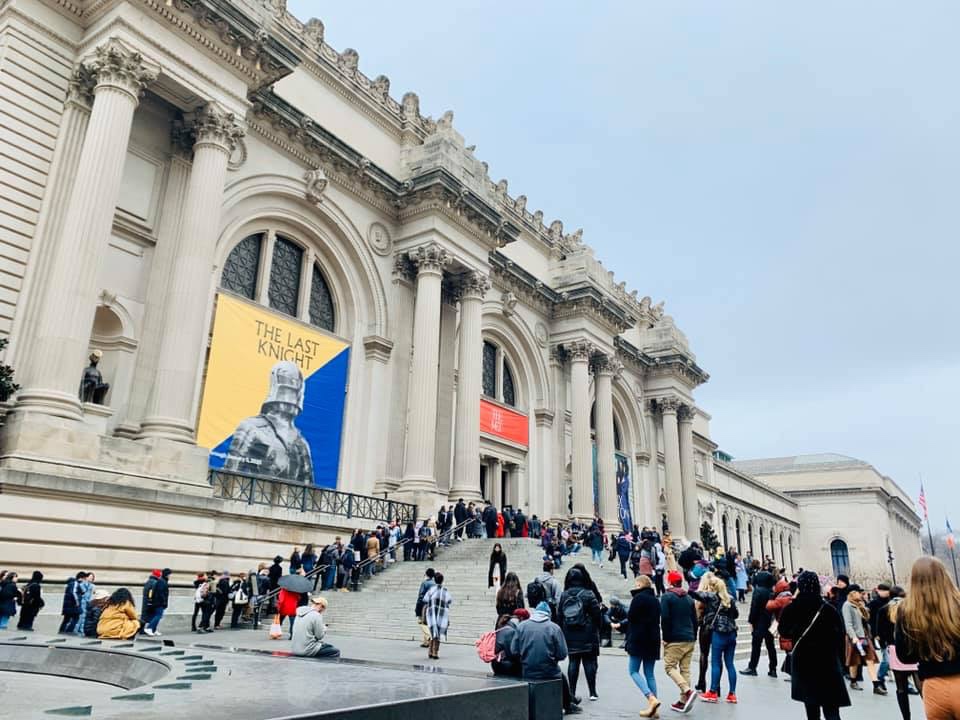 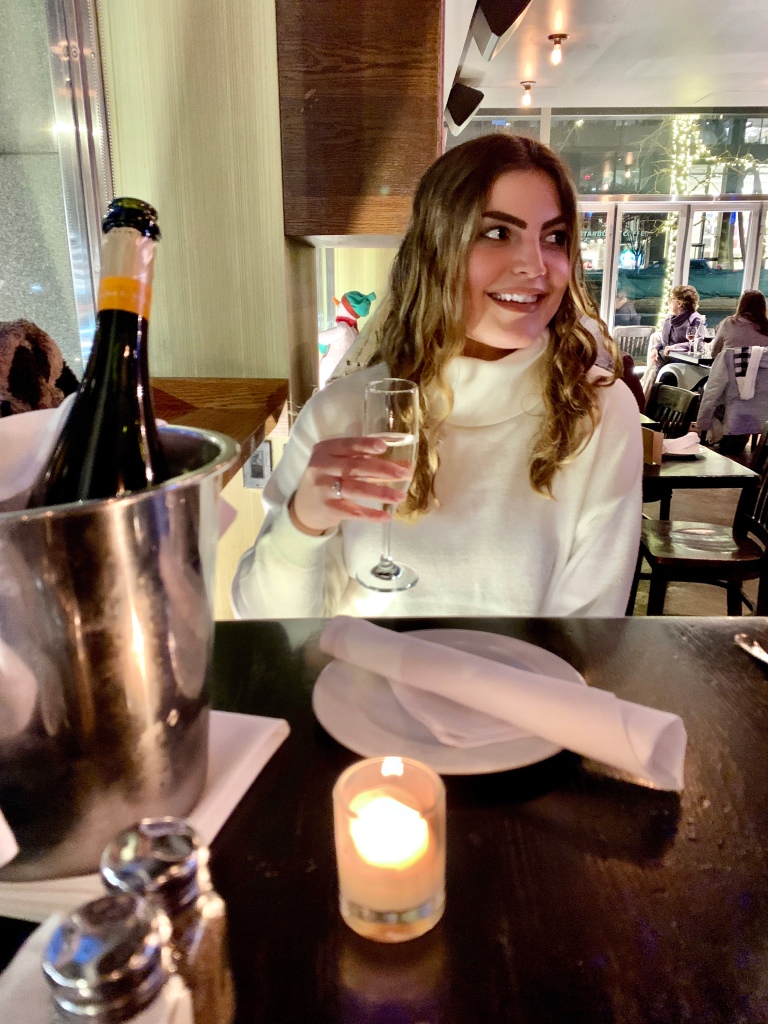 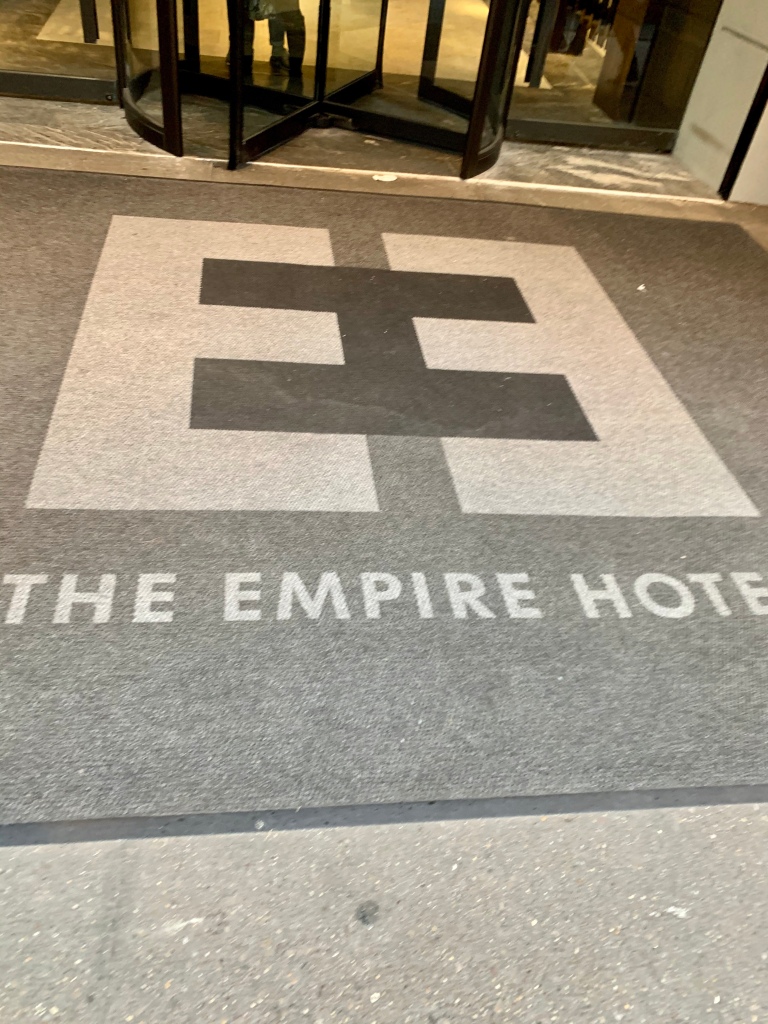 Hi loves, I'm a New Jersey writer, published author, and blogger with an immense passion for love, lifestyle, and adventure. I'm the luckiest mama in the world to Greyson Bryce and my heart belongs to my husband Andrew. The Greyson Diaries, an ongoing blog series is based off of my daily experiences as a young mom and my love for my son. I worked in the fashion/marketing industry from age sixteen until becoming a stay at home mama, which drives my passion for fashion, design, and creativity. I published a book (Deployed) that I wrote while I was still in high school, dealing with boys, tears, parties, and gossip and I blossomed into a blogger and a more developed writer. I don't blog to impress...I blog to inspire. If you’re ever interested in my creative work, please feel free to reach out to me. Instagram: lizziemognoni Email: lizziemognoni@gmail.com